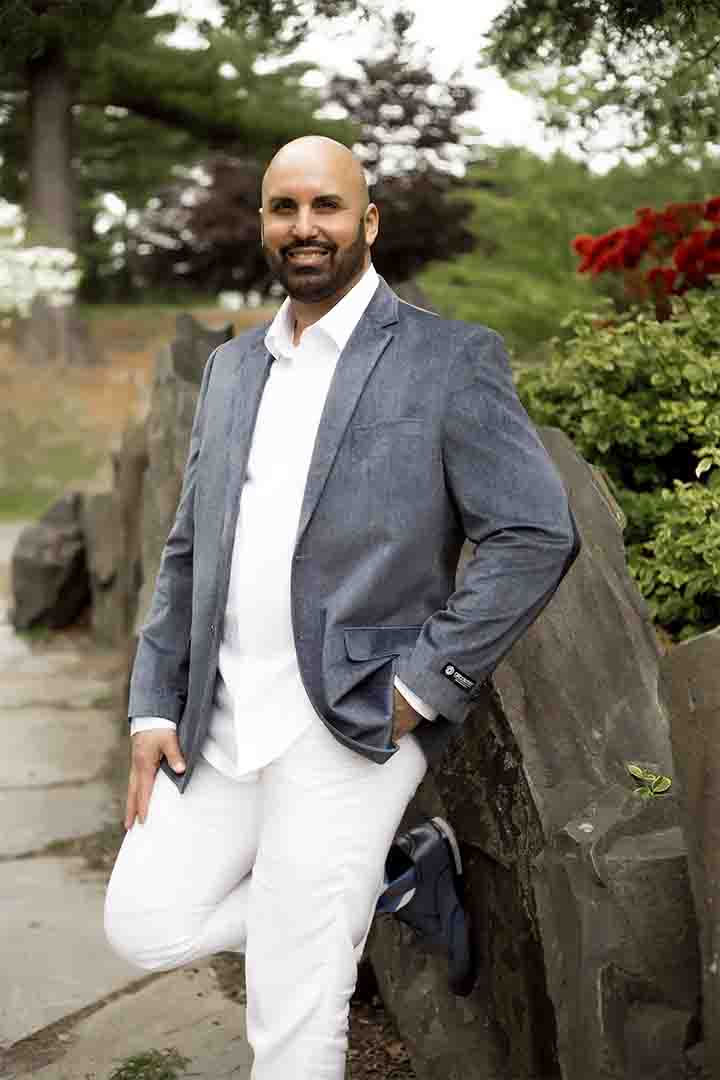 Benjamin Cruz was born on May 22, 1972 in the city of Chicago, IL / USA., A boy who very soon would surprise his family with his great talent through various participations in the Central Adventist Church of Chicago (where he was born, was formed and grew in the gospel).

At the age of 4, Benjamín with his brother Ricardo formed a duo in which they began their first steps as singers within the Adventist Church.

At the same time, his keen musical sense led him to lead the Chicago Central Church Children’s Choir at age 10. With this training he began to become more and more familiar with the world of music.

At the age of 16, Benjamin receives private voice lessons and in this way he acquires his first musical knowledge that later helps him to carry out musical studies. Which gives him the opportunity to participate in various tours of the United States.

From 1997 to 2010 he was a Co-Founder of the Omega Quartet making the voice of 1st Tenor and with which he has acquired the musical maturity necessary to exercise his ministry as a soloist.

In 2013, Benjamin decides to start another quartet called «Un4saken.»

Benjamin gives way to a new life when he decides to start his musical ministry as a singer and songwriter. In 2013 he started his own Un4saken Quartet and was about to record with this Quartet. For reasons only God knows, the ministry did not come to fruition. Benjamin and his wife Maria decided after 7 years trying to set up the Un4saken Quartet to record as a soloist. This first work generated a lot of comments because it presented a beautiful way of seeing GOD. During that time, Benjamin worked hard making a production of 2 CDs at the same time, taking what God put in his heart.

The year 2020 was a hectic and difficult year, yet GOD opened the first door to extend His purpose. Music continues to be a passion that Benjamin uses to reach others for Jesus. In the year 2020, Benjamin was able to compose what became his own compositions for the honor and glory of God.

The first single released was «Answer My Prayer» which has been a blessing for everyone.
Then the Spanish CD title «Un Corazón Limpio» was released.

Today, Benjamin not only praises God, but also encourages people who have a burning desire to praise Him, giving them the ability to produce their music and propel them to musical evangelism.

The purpose of this ministry is to bring people to the feet of Jesus.